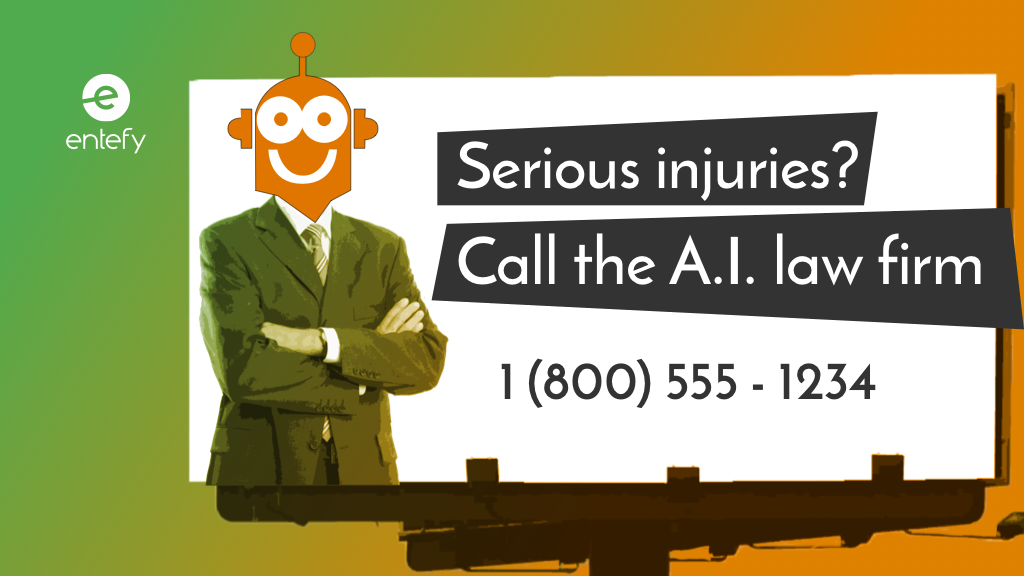 In the words of one technology analyst, the legal profession hasn’t really changed since the time of Charles Dickens. And like the never-ending Jarndyce and Jarndyce lawsuit in Dickens’ Bleak House, today’s courtrooms are overburdened and justice often frustratingly slow. Advances in artificial intelligence are changing these long-entrenched realities, and changing them fast. But just what does this mean for lawyers, judges, and the many individuals involved in court cases and other legal proceedings each year?

The jury trial is just one aspect of the U.S. judicial system (the courts) and the legal industry in general (the firms). And while AI judges aren’t likely to be sitting on benches anytime soon, the adoption of artificial intelligence solutions in the legal system is happening rapidly. AI’s impact to the practice of law looks like it will begin inside firms. Where it goes from there and how much it will impact people involved in lawsuits remains to be seen.

It’s worth noting just how large the U.S. legal services market is. Data from Thomson Reuters, which consolidates law firm revenue and corporate spending on internal legal departments, pegged the market at $437 billion. Nearly half a trillion dollars are spent annually on everything from contracts to intellectual property to litigation.

At risk is the revenue model common to many large law firms. These firms assign recent law school graduates to extremely labor-intensive projects like reviewing documents related to litigation. These lawyers review and analyze massive volumes of documents to identify, for example, particular emails that are relevant to a claim in a case. The law firm, which bills its clients on a per-lawyer, per-hour basis, leverages that work into a highly profitable revenue stream.

So when headlines like “Artificial intelligence disrupting the business of law” appear, a lot of people take notice. “One question lurking in all this is whether someone can come in and do to law what Amazon did to bookselling,” mused technology consultant Richard Susskind.

One global law firm, Allen & Overy, launched an AI-powered system to automatically draft contracts used by investment managers and traders in derivative markets. The firm estimates that its system, called MarginMatrix, can dramatically outpace a human lawyer: “Where one document would normally take three lawyer hours to complete manually, MarginMatrix can deliver this in three minutes. Using the system, the time taken to manually handle the 10,000 contracts on average that any major bank holds can be reduced from over 15 years in lawyer hours to just 12 weeks.”

The ultimate impact of AI in the legal industry may be quite positive. And it’s a story we see in other industries as well. By automating labor-intensive, low-value tasks, artificial intelligence systems free up lawyers and other legal professionals to concentrate on complex, high-value projects. But when between 13% to 23% of the average lawyer’s time could be automated, the financial impact to the industry is an open question.

The case for AI in the courtroom

The Sixth Amendment to the U.S. Constitution guarantees “the right to a speedy and public trial, by an impartial jury.” It cannot, however, guarantee a perfectly fair trial, an effective jury, or an infallible judge.

Humans make mistakes, and the courtroom is no exception: Juries make the wrong decision approximately 1 in 8 times. Put in human terms, that means more than 12 out of 100 defendants are wrongly convicted or acquitted. It’s not the sort of error rate we would accept in say, manufacturer defects. If 12 out of 100 new cars broke down a mile from the lot, consumers would be outraged and companies would lose money.

This error rate becomes even more difficult to accept when we turn to death penalty convictions. Here, data suggests that 1 in every 25 people sentenced to death in the United States are innocent of the crime they were found guilty of committing.

In broad terms, a trial involves the evaluation of a set of facts, the comparison of those facts to a set of rules, and a decision on whether a violation has occurred. Which sounds like a system that an intelligent machine could manage. A properly designed artificial intelligence system could in theory speed up trials and increase consistency in court decisions, which in turn could lead to improved accuracy and fairness.

This is not entirely speculative. The legal AI system called ROSS is an artificially intelligent attorney hired by one of the largest law firms in the U.S. In the UK, researchers are working on an AI that can replace the need for a judge by examining evidence and deciding right and wrong to predict the outcome of trials. “The AI ‘judge’ has reached the same verdicts as judges at the European court of human rights in almost four in five cases.”

Another AI system, a chatbot called DoNotPay, provides legal advice on issues like parking tickets, reimbursement for travel delays, and housing evictions. The system not only provides legal advice, but is able to generate documents that assist users in their legal disputes. While its interface and capabilities are limited, it is nonetheless a working example of machine-automated lawyering.

A solution to gridlocked courts

A defendant’s right to a speedy trial by a jury of his or her peers is a cornerstone of American jurisprudence. Yet courts are clogged with pending cases and humans are fallible, often swayed by emotion. Artificial intelligence agents could conceivably provide accuracy and impartially, but the jury is still out on whether they can become capable of moral and ethical reasoning.

Taken as a whole, the impact of artificial intelligence on the legal system appears likely to be pervasive. From the individual involved in a legal dispute, to the attorneys and judges handling the suit, and on up to the world’s largest global law firms, AI is poised to play a major role in improving the efficiency and effectiveness of the legal system.

And that efficiency impact may be the key to the country’s overburdened courts. In 2015, there were an estimated 30,000 Federal civil suits that had been pending for three or more years; and that was the fifth year out of ten for which that was true. Overall, an estimated 330,000 civil suits were pending that same year, up 20% from 2004. Lengthy trials and an overall shortage of judges form a bottleneck that delays legal resolutions and compromises the right to a speedy trial. AI stands ready as the tool to alleviate the gridlock of justice.

This article was adapted from a previous Entefy post, “Trial by AI: artificial intelligence now in session.”