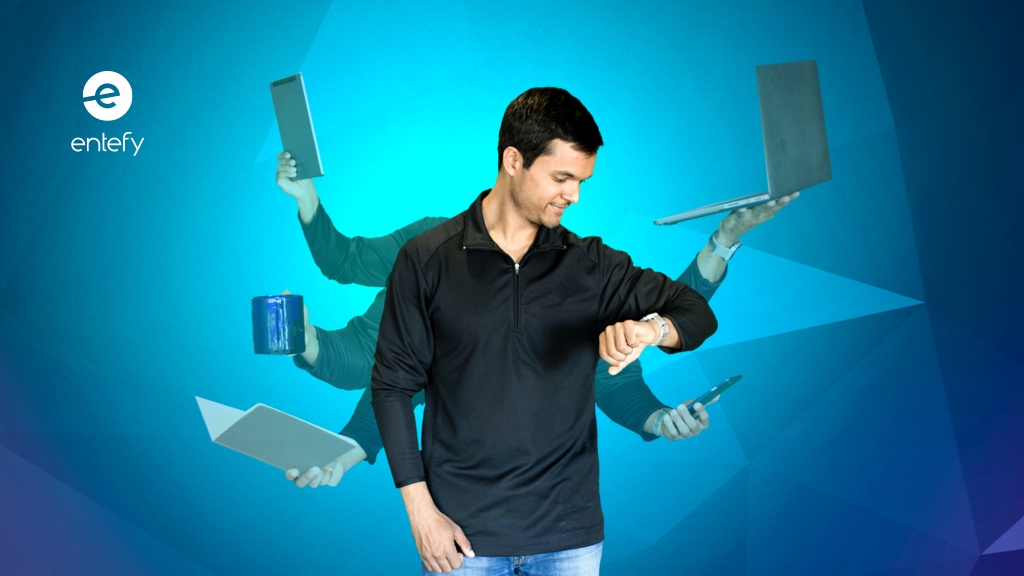 Ever since Benjamin Franklin wrote one of the world’s most famous pieces of career advice, “remember that time is money,” professionals and employers have been focused on managing the value of time. The challenge is that somewhere along the way we lost sight of the distinction between productive and just-plain-busy. Productivity is what allows us to excel professionally and personally; busyness is what happens when we overschedule and overcommit to non-essential activities.

It isn’t always easy to distinguish between productive activities and distractions. There are always calls to make, emails to send, chats to join, news to read, and social feeds to check. It’s no wonder people complain about being stretched thin. If we’re not careful, instead of feeling more accomplished from all this activity, we end up feeling permanently over-scheduled and under-caffeinated. Especially when most of us never learned to say “yes” to “no.”

There is evidence, however, that our perceptions don’t quite align with reality. We may feel busier than ever, but in truth, we have more discretionary time than at any other point in modern history. Decades of time-use studies investigating our perceptions of time show that men work for pay 12 fewer hours per week than they did 40 years ago, commutes and break times included. Women spend more time on paid work and far less on housework and other unpaid labor than they did in the past.

Yet we all hear, again and again: “I’m so busy.” “My schedule has been crazy.” “I literally haven’t had a free moment in weeks.” Author Tim Kreider, writing about what he called the “busy trap,” said that when we bemoan or humblebrag about how busy we are, what we really mean is that we’re exhausted from self-imposed obligations, overextending ourselves socially. All of which has little to do with being productive and effective.

Another factor in our perceived busyness may be the ways we engage with technology. Let’s say you like to read novels to unwind after work. Your brain needs rest and downtime if you want to perform at your highest level again tomorrow. But if you check email and answer texts while reading, your brain is forced to multitask, which neuroscientists say drains the energy reserves of your brain. Multitasking, whether at work or at home, initiates the production of cortisol (the stress hormone) and adrenaline (the fight-or-flight hormone). Instead of letting your brain recover from a demanding day, you’re forcing it into a very un-restful conflict state.

How we spend our free time strongly influences the perception of our lives as well. If we plan to catch up on a programming course or study for a professional certification during the weekend but procrastinate instead, we become frustrated when Sunday night rolls around and we’ve made little progress. But if we tracked our activities, we might just discover that we had more time than we realized. We just spent it inefficiently.

And that’s not something we like to admit to ourselves because of the opportunity costs of time itself. Originally a concept from economics, opportunity cost describes the cost of an alternative not chosen. Applied to time, it’s the gains we give up when we choose to do one thing and not another. If we believe that time is money, then every hour we aren’t doing something useful represents lost dollars. The two hours we spend after work in group chats with co-workers could have been channeled into learning new skills, squeezing in more billable time for clients, or meeting with high-level peers or mentors.

There’s also a long-term opportunity cost. When we look at time in this way, our brains never really get a chance to decompress. At the extreme, the “cult of busy” correlates to anxiety, high blood pressure and heart rates, lack of sleep, and other health problems. Any one of these can lead to burnout or detract from our ability to excel in our careers.

Yet even when we become aware of these consequences, we often struggle to reign in our schedules. An overbooked calendar is still basically a status symbol at work. After all, no one wants to be perceived as a slacker, and we don’t want an opening in our schedules to be mistaken for laziness.

But here’s the irony. Professionals in the habit of turning down unimportant commitments to instead focus on important, cognitively demanding tasks are often the most successful. In our increasingly automated workforce, it’s these same people who stay employable, not the ones who are fastest at replying to email or first to sign up for a team networking event. These unitaskers may not seem as busy, but they’re engaged in more substantial work. It’s with these professionals that the differences between productive and just-plain-busy become most apparent.

The antidote to the busyness trap may be a more conscientious attitude toward how we spend our time. Prioritizing truly important work and productive activities are good first steps. Putting down our smartphones when we’re supposed to be relaxing is also critical. But ultimately, we need to stop associating our self-worth with our schedules and instead focus on the quality of our work and the happiness it brings us. Think work-life fulfillment. Doing so lets you define your own “time is…”