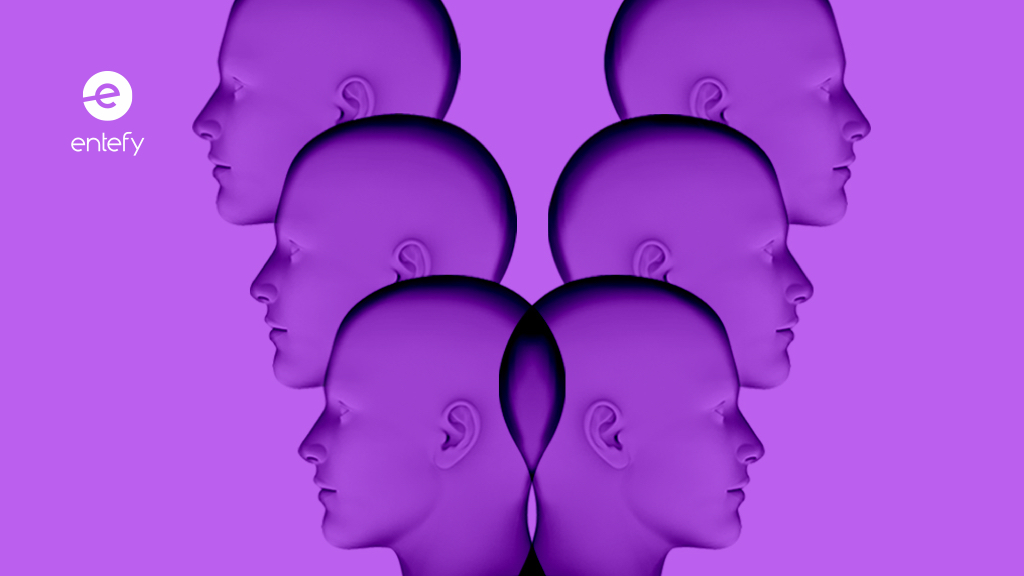 Take a look at the device you’re using—it could be argued that there is not one person on earth that could make it from scratch. The process necessitates cooperation between many different people wielding knowledge that has been accumulated over many generations.

A lot of what we see around us these days is in the same boat. How many people can build a car, house, or even a pen for that matter, from scratch? By putting our heads together, we’ve been able to go so far as building cities, rockets, and supercomputers.

The business world is heavily reliant upon collaboration. Staying ahead of the curb requires the sharing of ideas and information among potentially hundreds of individuals, each with their own knowledge and experience.

Adding more people to the mix should, then, logically lead to more creativity and better decisions. While that’s sometimes correct, as the group grows larger the overall composition becomes more complex, making cohesion between all the members more difficult to achieve.

Collaboration is, at times, a game of chance, dependent on having the right people together at the right time and under the right circumstances. If we want to get the most from working with others, we need to take care in selecting when, where, and with whom this work takes place. If not, a number of things can go wrong.

Understanding how a network of people functions can be a demanding task. Psychologist and anthropologist Robin Dunbar suggested that there is a limit to how many people we can know while also understanding how they relate to the others in the group. As a group increases in size, the number of different relationships between individuals increases by orders of magnitude, eventually becoming too complex for one person to handle. Dunbar’s number, as it’s now known, is 150.

As organizations expand and take on new projects, there becomes a greater need for effective communication between people and departments. Everyone needs to be kept in the loop regarding new ideas, setbacks, or developments. Information needs to travel through the organization fluidly, to the right people and with minimal disruption.

When a company outgrows the number of people their structure can handle, we often find ourselves spending an inordinate amount of time dealing with others. Collaboration isn’t effective when people spend all their time in meetings or chatting through text, email, or message boards. At some point, we have to put our heads down and do something constructive.

Collaboration overload is where we see the usual benefits of a “group effort” decay into a state of stagnation—where we spend more time spreading information than we do creating something. Research into the “collaboration curse” found that knowledge workers spend around 70-85% of their time in meetings, tending to emails, or talking on the phone. Research into the cost of email found that a mid-sized firm could be spending more than $1 million a year processing emails, as each email averaged out to about 95 cents in labor costs.

This culture of collaboration is found not only in the way we communicate but also in how offices are designed. The rise in open office plans has certainly made it easier for you to share ideas and ask questions of your fellow coworkers, but it’s also just as easy for them to come to you—even when you’re busy trying to focus on something else. Couple this with the general noise of other groups that form around you, and you have a recipe for a great deal of distraction.

While some of those distractions will be important, when they come often and unexpectedly they can take us out of our frame of mind. Working on complex tasks requires remembering and manipulating information in your mind, every time you are distracted this information is lost, and must be regathered before you can pick up where you left off—research into the cost of interrupted work suggests that it can take up to 25 minutes for people to re-engage themselves in a task after being distracted.

Part of the allure of collaboration is the idea that groups will arrive at better conclusions and make better decisions. The combination of many experts should help capitalize on their strengths while minimizing weaknesses. When one person makes a mistake, others are likely to pick it up; when others show a bias, the others should help to offset it.

But this is not how things always work out. Under certain conditions groups can compound issues and biases. People within groups can behave differently than they would alone or one-on-one—take social loafing, the phenomena in which people tend to exert less effort when they’re part of a group.

Anchoring is one effect that can undermine creativity. It occurs when a meeting or brainstorming session begins with one person presenting an idea or piece of information. The rest of the group can then too easily fixate on that initial information, expanding and iterating on it as opposed to coming up with unique and varied ideas of their own.

It is also possible for people to bite their tongue when they believe that their opinion or idea goes against what the others think. When several members of the group do this—effectively conforming to one opinion—it can cause the group to go in a direction counter to the preferences of most of the individuals. This is referred to as the Abilene Paradox.

Adding more people does not necessarily make for more creative ideas or well-rounded decisions. While collaboration can clearly fall victim to the type of errors that plague individuals, there are other situations in which collaboration can make matters worse. One study found that groups are more optimistic than individuals when estimating the time and resources needed to accomplish a task. Another study found that groups are more likely to overcommit to a failing course of action.

There is also evidence suggesting groups tend to amplify the initial predisposition of their members. That is, if the average member leans in favor of a risky option, after deliberation the group is likely to be even more in favor of the risk. Seeing others agree with your assessment compounds your certainty in it, creating somewhat of a snowball effect within the group.

Effective collaboration relies on the coming together of different skill sets and experiences. Of course, people are unique and complex beings, simply sticking a group into a room won’t ensure they work well together. Like a good band, the best ideas emerge from groups whose members understand and can feed off each other.

When people feel like essential components of some big and important goal, they are likely to be more motivated and inspired—and when this defines every member of the group, overall productivity and results are likely to be enhanced. Just remember not to over-collaborate and let people do their own thing too.