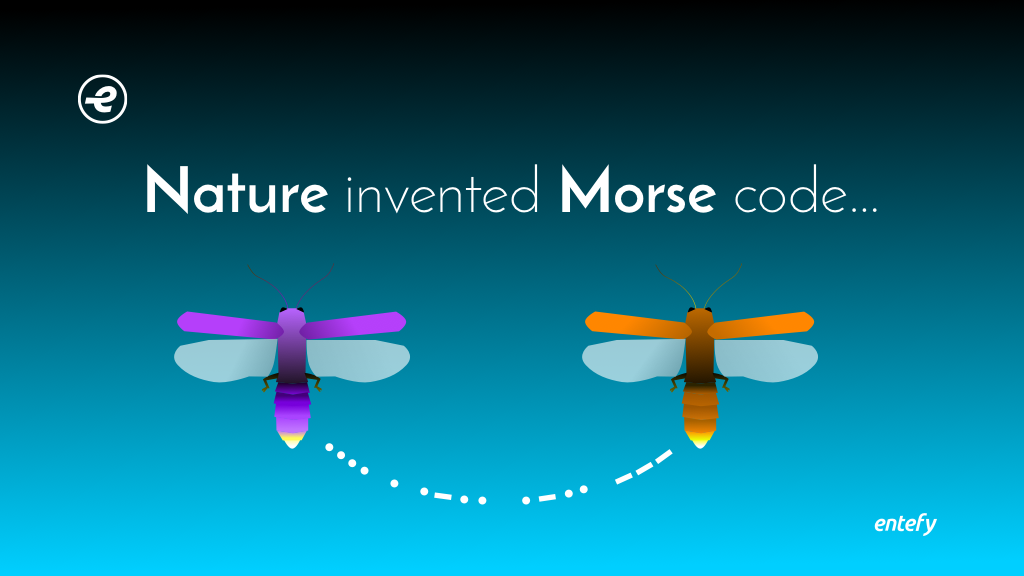 Morse code enabled humans to communicate over great distances. All those dots and dashes told stories across miles, mountains, deserts, and oceans.

But nature had already invented a Morse-like communication standard, the flash of a firefly. Fireflies are full of surprises: they are actually beetles and there are 2,000 distinct species of them. Each species has its own distinct flash fingerprint. The combinations of number of flashes, the timing and sequencing, and the pattern of flight differ uniquely among the 2,000 varieties. A trained entomologist can count the number of species in a field at nightfall, simply from the pattern of flashes.