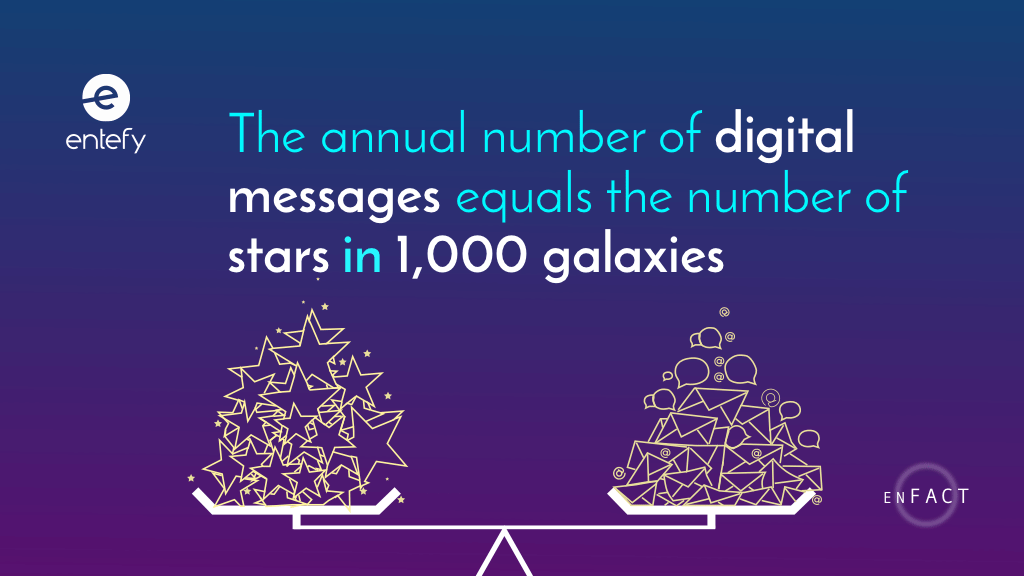 There’s an old brain teaser that asks: Are there more stars in the sky or grains of sand on all the beaches? With all the messages flying around daily, we thought we’d recast that question for the digital age: Are there more digital messages or stars in a galaxy?

Every year, more than 100 trillion messages are sent and received worldwide. That’s a huge number. So big that to make a comparison, we need to get galactic. Intergalactic, actually. Since a typical galaxy contains about 100 billion stars, 100 trillion messages equate to the number of stars in 1,000 galaxies.

And that’s the number of messages transmitted every year. Like the physical universe, this number is expanding as more people come online worldwide. At last count, “more than half the world’s population does not use the Internet.”

Entefy’s enFacts are illuminating nuggets of information about the intersection of communications, artificial intelligence, security and cyber privacy, and the Internet of Things. Have an idea for an enFact? We would love to hear from you.